Toyota Corolla is an iconic car that's possibly best known for being the top competitor for the widely used and famous Honda Civic. The two Japanese auto manufacturers have been engaged in a decades-long competition to create the ultimate compact economy sedan. The Toyota Corolla is around the same exact price and continues to be one of the most popular (and affordable) cars on the American car market.

If you would like to learn more about Toyota Corolla car insurance, then you've come across the right place! Below, we'll be discussing some of the most commonly asked questions regarding purchasing auto insurance for a Toyota Corolla. We'll also show you the average insurance cost for Toyota Corolla and its insurance rates for different years, models, age groups and drivers.

Whether you've already purchased a Toyota Corolla and you're curious if you're getting a good deal on your car insurance or if you're still weighing the pros and cons of this car, then this article is guaranteed to help you make a more informed decision. 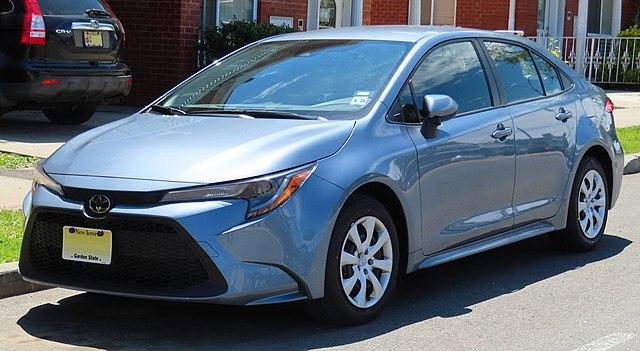 Every month, we get numerous questions from our visitors regarding Toyota Corolla insurance rates and the average cost per year they can expect to spend. Below, we've put together a conclusive list of the most common questions that we see again and again.

Is Toyota Corolla Expensive to Insure?

Corolla is the cheapest auto model produced by Toyota. It also happens to be one of the most reliable models. This means that the average cost of insurance is actually considerably cheaper than it would be for some of Toyota's more expensive luxury-oriented vehicles.

As for Toyota Corolla insurance cost, on average, most drivers with a clean driving record who are over 30-years-old will pay between $1,200 and $1,400 per year, depending on the year of their car, their zip code and other factors that are being taken into consideration. This equates to around $120 to $140 per month, not including any sign-up fees.

Are Toyotas Expensive to Insure?

In general, over the past decades, Toyota has really stepped its game up. In the past, they were regarded as a highly affordable car that didn't come with all of the bells and whistles that American and German counterparts boasted. Today, however, Toyotas are a good bit more expensive to insure than they were in days past, this includes Toyota Altis insurance price, Toyota Camry and other Toyota models. However, you will still be able to find certain Toyotas among the cheapest cars to insure.

The increased cost of insurance is primarily due to the fact that the company has significantly improved the styling of its cars, performance aspects, fuel efficiency, and more. The newer model, Toyota Camry, (even the cheaper Corolla) often sport full-leather interiors, large digital displays and navigation systems, top-of-the-line safety features, and high-fidelity speakers.

They're able to compete with luxurious German-manufactured cars in almost every way and offer a higher degree of reliability to boot. This also means that they tend to hold their value for longer, which makes them a great purchase for those looking to get a good trade-in evaluation in the future.

How Much Does It Cost to Insure a Toyota Corolla?

If you wonder how much is insurance for a Toyota Corolla, you should know that due to their high degree of reliability by JD Power and other top auto reviewers, Toyota Corollas are actually one of the most popular used vehicles on the market. Customers can purchase a used Corolla with the confidence that they won't have to pay tons of money for repairs once they drive it off of the lot. The higher degree of reliability and the extra safety features also means that its car insurance quotes are considerably more affordable.

Assuming that you're between 30 and 40-years-old, have a clean driving record, decent credit, and live in an average city, then your Toyota Corolla 2020 insurance cost should be around $1,374 per year for a full coverage policy.

If you break it down by monthly costs, then your 2020 Toyota Corolla insurance rates equals out to $115 per month. That's quite affordable for a full coverage policy that comes with the extra collision, comprehensive, and personal injury protection coverage.

How to Get the Most Affordable Corolla Auto Insurance?

Here are some quick tips to help ensure that you get the best Toyota Corolla insurance rates on your next policy.

Corollas are loaded with safety features, so make sure that you mention them to your insurance agent. Each additional feature will result in a slight decrease in monthly premiums. They could include:

Bundle Your Policies Together

If your insurance company offers multiple types of insurance, then you might consider bundling your policies together to save money. For example, if you own a home, you can bundle your home and auto insurance together. The same applies if you have a motorcycle, RV, or even renters' insurance. The more policies that you can get through the same insurance company, the more you'll save!

The last ones is obvious, compare Toyota Corolla insurance quotes, and you can get started with it easily online right here!

I just noticed the Geico Mobile app deducts points from their customer if someone tailgates you, it deducts points from the customer. If you driving on a Main Rd, and someone is getting ready to run a stop sign, and you have to stop even though you have the right of way, the Geico Mibile App detects this, like a car was in front of you. So the Mobile App needs some improvements. When I drive. My ex-husband always tells me, I'm too far away from cars, and I need to get closer, Geico Mobile App has detected me, Like I'm close on cars, and a lot of times, I think the app is detected the cars in back of you, are surrounding you. But not necessarily you while you are driving, the app needs to improve in being able to distinguish the difference in your car from what another car behind you is doing. Because I get tailgated a lot when driving, the mobile app detected this as it was my fought.

I been a loyal customer of Geico for 30 years. On Christmas Day 2021, I was stopping at a red light to make a left turn. I was stopped next to a police car, when an elderly driver approaching from the opposite direction crossed several lanes and hit me head on. It was purely the elderly lady’s fault. A few days later, the Geico adjuster gave my car a cursory look over, and estimated the hangar to be $6500. All body shops were booked until February, so my car was towed to my house so it wouldn’t incur additional storage fees. On the 3rd week following the accident, I contacted the body shop of my choice, who sent a tow truck to pick up my car, at which time the tow truck driver noticed that as a cause of the accident, the driveshaft was pushed into the engine and made a huge hole in the engine. At that point I notified my Geico claims adjuster, who, a couple days later, went down and wrote a supplemental report totaling my car, (this was on a Thursday). He indicated it would take 3days before they would issue a check. I contacted him on The following Monday, when he indicated he should have the check on Wednesday, and would hand deliver it to me. Wednesday came, and after 4 phone calls and a few texts, I never received a check, and he and his boss stopped returning my calls. All other parties, the body shop, storage facility, etc. received payment, I have not! They say they care, and want to provide great service, but the do not live up to their word. I’ve been without a car now for 33 days. I purchased one, but can’t take delivery till I receive the check from Geico. The adjuster has also been aware of this. Geico, our adjuster, and his manager do not appear to have have a sense of urgency. Being loyal customer for 30 years appears to not make a difference. I’m planning on insuring my Vehicles, including my RV with a company who has my back!!!!!

I was a loyal GEICO customer for 15 years, with a pristine unblemished driving history and high coverage levels [and had never filed a previous claim].  I recently had a minor fender bender that was deemed by GEICO Claims to be '100% my fault.'   Shortly thereafter, I received a form follow-up letter from GEICO stating that, for that reason, GEICO would not pay for damage repairs to my vehicle.   A shocker to me.   Does an insurance policy with these terms really represent meaningful protection?  Thank G-d that it was a minor accident.  I now do business with a carrier that has my back.   BUYER BEWARE!   It was definitely an eye opener for me.   An elderly 86 y.o. male driver, with minimal situational awareness swerves abruptly into my lane, dragging his driver side panel against my front passenger side bumper.   No witnesses, other than this unintelligible elderly male driver, his wife and a police officer that showed up on the scene twenty minutes later to record statements.   The icing on the cake --- The 'final' verdict was rendered by Claims Adjuster #2, that contacted me several weeks after I was informed by Claims Adjuster #2, that the case was closed, and that the fault was clearly that of the elderly gentleman, and that they would be receiving no claims monies [Again, a complete absence of anything resembling 'no-fault coverage' on either side].