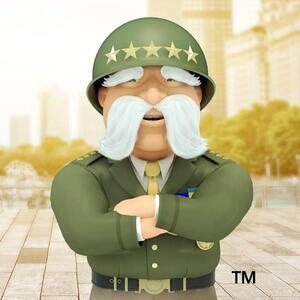 
The General Automobile Insurance Services, Inc. is a licensed insurance agency, a subsidiary of PGC Holdings Corp. that provides auto insurance. In 2012, The General was bought by American Family Insurance. The General still operates as an independent brand. Unlike most high risk insurance companies, The General provides extra discounts as well as affordable high-risk rates.

Great price, very fast and simple to buy and manage all of your policy related needs online. Very pleased with The General, excellent company, just recommended them to relatives who were looking for good auto insurance on cheap rates.

The General car insurance provides an excellent online experience, fast and easy sign up process online. Customer service is very good and assisting with anything you need. They sent all of the information that I needed through email which is great. Joyful insurance experience. Very easy and user friendly online options and billing.

I had a really pleasant experience with The General. They have awesome rates for high risk drivers despite my recent accidents, and they insure you as if you were low risk for them which is brilliant for me. Customer service is fast and professional. 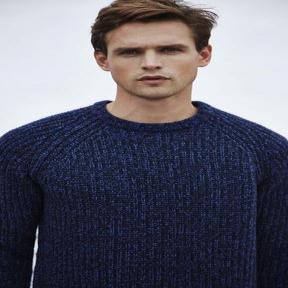 I bought an auto insurance policy with the general last week before reading any of the reviews. What a mistake. They took something from me and did not return it yet so I'm going to take legal actions to get it back. The coverage won't include accidents. My experience is horrible. Not recommended.

My daughter received auto insurance with The General in Houston, Texas. She first insured my car which she was driving. After two months, she was able to buy a 2010 Hyundai, so she went to their offices in Houston to adjust the policy and change vehicles. Everything looked fine until we received the monthly insurance bills. They sent it over every single week. She got in touch with their office in Houston and they literally did nothing about it. We then called their main offices only to realise that they never removed the old car out of the policy and just added the new car and charged her for both vehicles. They again referred us to the Houston office since it was their fault. Took 6 long hours, only to be told that it will be a problem to take away the car. Two weeks later, she was driving out of state and hit a deer. The car was absolutely totaled. We are talking about May 2015. The General did not pay and never got back in touch with us about it. So outrageous and irreliable. We're going to file a lawsuit against them. Do not use the general!

I am very unhappy with my experience with The General Auto Insurance. Requested a quote and was answered that my risk is too high for them and they won't insure me, which is weird because it is known for being a high risk driver friendly insurance company.. 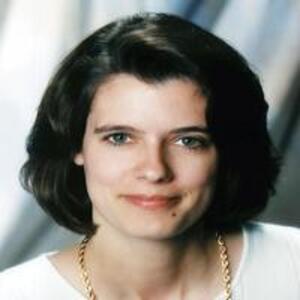 Buying policy online with the general was very quick and easy. What I didn't like though was the rate that I got which was significantly higher than other quotes I got. Customer service was very good though.

The General offers great rates, their online insurance experience is very fast, simple, efficient and user friendly - from shopping to documentation, policy adjustments and renewals. I'm a very happy customer and would recommend The General to friends, family and anyone else that is looking to get good auto insurance in great rates!

Very fast online sign up process. The process was completed on the phone through their representative and it was very smooth and fast. Customer service is very helpful. All of the documentation was sent through email which is also very convenient. Very user friendly online experience that makes everything in the process seem so easy. Highly recommended to anyone looking for auto insurance!

The General Car Insurance company is absolutely awesome. Bought an auto insurance policy in under 8 minutes. All documents can be delivered online via email, from insurance proof to paperwork. You can renew, edit, adjust and add features to your policy online at any given time. They operate 24/7. Their prices are excellent. Customer service reps are extremely useful, professional and assist with everything quickly enough. To sum it up, my experience is great and I don't intend to switch companies in the near future.

Buying The General Car Insurance policy is extremely fast and easy. The staff closely elaborate to create a policy that includes my exact needs, nothing less and nothing more. They are putting your needs first as a client and not trying to sell you anything that you don't really want or need. The General car insurance is also extremely cheap and accessible to anyone. Their customer service reps were always helpful whenever any issue came up that made me need their help. Very reliable and professional company. I highly recommend them to anyone really.

I had a brilliant experience with The General. Very happy to be their customer. Will definitely renew and use their services for any other vehicles. Application process was very simple on the phone. Didn't have much trouble locating the correct plan for my needs and their team made the whole experience hassle free and super fast! Their website and app are very user friendly and I love the option to have these things available to me digitally and often use them. Already recommended them to my family and friends.

All the times I had to deal with The General, the customer service was very helpful, and I love how you can get help no matter the time since The General has twenty four hours service help. The best part is that The General will match or beat the price of any other insurance company.

My experience with The General was very bad! Their service speed is not as good as they say - my vehicle was involved in a no-fault accident, they didn't gave me any car replacement or rental and I was car-less for over 35 days - their claim process takes ages and they do not serve your interests well in front of the other car's insurance company. I do not recommend them.

I didn't get any assistance from many auto insurance companies and some even claimed I cannot be insured. I thought I won't get on the road again up to the point were The General said they will allow me to start driving again. The gave me a really great and competitive quote with no hidden fees whatsoever. I'm soon renewing my car insurance policy with them thanks to the great experience I had. I came to Insuranks.com to share this with everyone as I truly believe this is one of the best auto insurance companies out there which makes life easier for you and take your risk, even if you're a high risk driver. Excellent company for any driver, let alone high risk drivers that are looking to get back on the road.

I really didn't experience any issues with them. Very refreshing experience and hassle-free for an insurance company. Everything was done automatically through their website with so much ease. I also called them on the phone to confirm everything with a live person and all was smooth.

Gave The General a try after seeing their TV advertising and trying to avoid giving away my information all over again to different insurers, so I gave them a try to find out how cheap and quick they are. I was very surprised to find an incredibly fast, simple and very affordable experience. All I needed to was paying them and sending out proof of insurance and that's it, I was all set. They provide you any kind of documents and paperwork on their website along with education regarding insurance which is extremely helpful.

The General was excellent in every aspect and everything was taken care of brilliantly. They are very straight forward and put their customers first which is not something that is easy to find these days. Excellent customer experience. 10 from 10!

Having the option to get a good auto insurance at 1AM is very useful. Got a state minimum car insurance coverage at a very affordable rate. Had an excellent customer service and total experience despite having no claims.