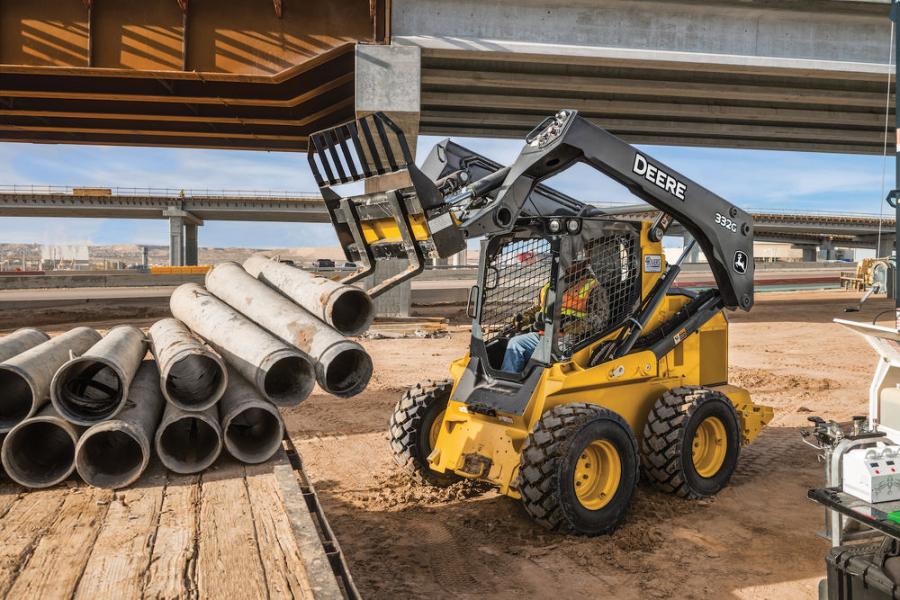 Skid steers are small yet powerful pieces of heavy equipment that can be outfitted with a wide variety of labor-saving tools and connections. From loading dump trucks to carrying heavy loads of concrete, dirt, or other raw materials with bobcat, there's nothing a skid steer can’t do.

What really makes skid steers so valuable is that they can go anywhere. Their large skid tracks allow them to slosh through mud, gravel, clay, and other hard-to-maneuver terrains so that commercial construction companies can complete their projects on time, no matter where they’re building.

While there are a number of different businesses that use skid steers periodically, there are also dedicated skid steer businesses. These typically operate as subcontractors and go wherever they’re needed to help out with large construction jobs, earthmoving projects, road building, and more.

One of the first things you should do before working with clients is to purchase skid steer business insurance. In fact, large companies won’t even consider contracting your services until you’re properly insured.

On another note, if you also run a trucking business then opt to get a bobcat insurance policy.

Why You Should Insure Your Skid Steer

Overall, skid steers are incredibly durable. By design, they can take a beating;  being left out in the rain, running through thick mud, or getting banged around by sticks and stones won’t even phase them.

Your business could face lawsuits or insurance claims if you accidentally damage somebody’s personal property, injure a pedestrian, or even your own employees. If your skid steer business is being subcontracted, you could even face claims from the contractor if you fail to complete a job on time or don’t abide by the general contractor’s regulations.

In some cases, skid steers may be required to carry bobtail insurance as well. You don't want to be caught in an accident driving without it.

When it comes to an 11,500-pound skid steer, you don’t want to mess around. While they are compact, these machines can be hazardous in the wrong hands or when used around absent-minded pedestrians or employees. All it takes is one wrong move for an innocent bystander to be hospitalized or for severe property damage to occur.  Below are some real life accidents caused by skid steers:

Can I Get Theft Insurance for my Skid Steer?

Skid steers can be quite expensive, with newer models costing a cool $35,000 to $50,000, depending on the brand, engine size, and hydraulic power. As such, they are often a target for theft. While most skid steers are equipped with anti theft measures,  there’s still a lot of ways that a kid steer can get stolen.

In fact, most theft including skid steers don;t involve taking the whole unit as doing so will be impossible. Instead what thieves do in skid steers is just steal its valuable components (like the battery) which are easier to sell.

Thankfully, most heavy equipment insurance providers will give you the option of adding additional theft coverage to your skid steer. This means that you won’t have to replace your equipment out of pocket if the worst does happen.

What Type of Insurance Do I Need For My Skid Steer Business?

Now that you’re informed of some of the common risks associated with owning a skid steer or running a skid steer business, let’s take a few minutes to discuss the various types of insurance coverage that your small business might need.

Many of these coverages can be bundled together under a large “umbrella policy” through the same insurance provider. However, it helps to know exactly what each type of insurance covers so you can build your skid steer business policy the right way.

If you run a skid steer business or your commercial construction company owns a skid steer, you’re going to need a large 2.5-ton truck that’s capable of towing it. Some companies even tow their skid steers around with a large dump truck!

In addition to covering your commercial truck, though, the policy will also cover whatever you happen to be towing with that truck. This means that while your skid steer is loaded onto a trailer and is being towed by the commercially insured truck, it will be fully covered. This means that if another driver slams into you or you’re otherwise involved in an accident, your skid steer will be covered for repairs and damages.

Additionally, if you will be driving without load you will be smart to get yourself bobtail insurance as well.

A heavy equipment and earthmoving equipment insurance policy might be useful too if you have more than one type of heavy equipment. These policies are designed specifically to protect heavy equipment such as excavators, skid steers, tractors, and other large equipment that’s often used on commercial construction sites or farms.

These policies usually protect your skid steer from theft or other damage that could come to it, such as flooding, engine malfunction, hail damage, fire, and even sabotage. It may also protect you from accidental damage, such as an employee driving your skid steer into a pond or crashing it into a tree and damaging the hydraulic arms.

As we mentioned, there’s a fairly high risk of property damage claims while driving a skid steer. This risk is increased if you’re working in cities or towns . because you could easily smash into a parked car, destroy somebody’s brand-new $5,000 sod, or smash into a building and cause damage.

Property damage liability coverage ensures that after the deductible is paid, your insurer will cover the rest of the costs. With it,  the amount you'll pay won't be that hurtful for your pockets.

In addition, commercial property insurance covers your own property from different sorts of damages such as floods, typhoons, storms,  and accidents caused by others.

Public liability claims aren’t quite as common with skid steer businesses, but this type of coverage is still something that you should consider talking to your insurance agent about. Basically, this coverage will protect you from claims coming from third-parties such as pedestrians claiming that they sustained an injury due to your skid steer. This could be as simple as them tripping over your parked skid steer after-hours or as severe as you running straight into a pedestrian who’s walking by.

If you’re the only person operating the skid steer, then you probably won’t need workers’ compensation insurance. However, if you have employees operating and maintaining skid steers, you should keep a workers’ comp policy. This will pay for any injuries sustained by your employees while on the job and will even compensate them for lost wages if they need time to recover from their injury. It also protects you from any potential lawsuits that your employees may bring against you regarding an accident or workplace safety.

How Much Does Skid Steer Insurance Cost?

Insurance coverage for a bobcat that your business uses 1-3 times a month, however, may cost you as little as $7 a month - or $84 a year!

The average rate you’ll pay depends on a number of factors, including:

To help give you a ballpark number to budget for, though, we’ve included a handy table outlining the average skid steer business insurance cost. Listed below are some average rates quoted by top skid steer insurance providers on the market.

How To Get Cheap Skid Steer Insurance

Looking to get affordable insurance for a skid steer or skid steer business that you own? You can try decreasing costs by improving your credit score or having an excellent driving/insurance claim record. However, these are factors that often can’t bring a change overnight.

To get your customized skid steer insurance quote right now, click the ‘Get Quotes’ button below!