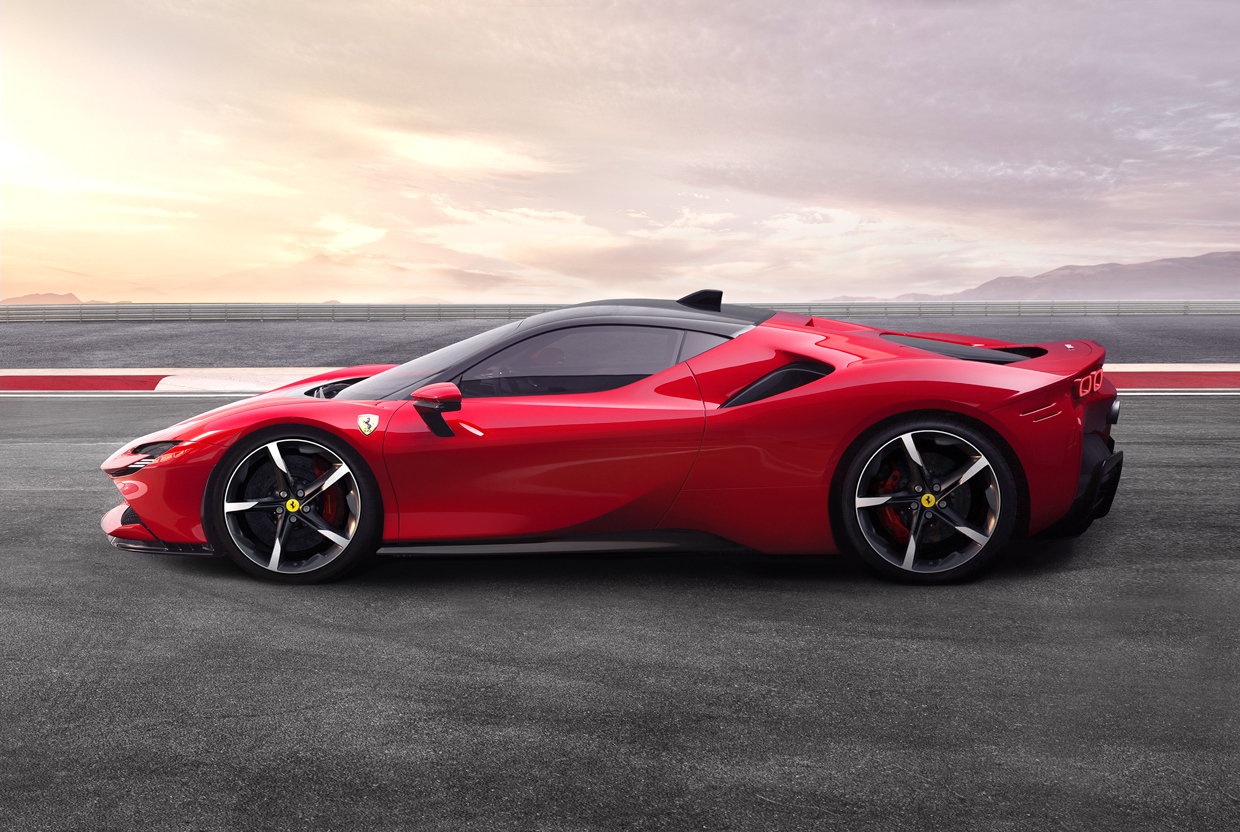 How Much is Ferrari Insurance: Cost & Cheap Quotes (2021)

Ferrari has a long and rich history of crafting perfection in the form of Italian supercars. It all began with Enzo Ferrari in 1947. By then, Enzo had become a famous driver for the then-famous Alfa Romeo carmaker. In an effort to create his own cars, he created the first car bearing his mark- the Ferrari 125S.

By the 1950s the name Ferrari was known around the world. Since then, the automaker has continued to produce small-batch, handcrafted supercars for those who can afford them. The only Italian car that really competes with the brand is Lamborghini. Their most expensive model to date is the LaFerrari, which has a price tag of just over $1 million. These cars only appreciate in value as they age too. To date, the most expensive Ferrari ever sold was a 1963 Ferrari GTO, which was auctioned off for $52 million to a collector.

So, it's well accepted that Ferraris are expensive to both purchase and maintain. What about the cost of car insurance, though? Have you ever wondered how much does it cost to insure a Ferrari?

We'll give you a hint - Ferrari auto insurance is not cheap either!

However, wealthy individuals who already spend a good amount of money on the car often take its rather expensive auto insurance costs in to account. So if you're wealthy enough and are into racing, motorsports, and your enthusiasm can't be quelled, then the Ferrari can be a dream come true. In today's article, we're going to discuss some of the most iconic Ferraris ever made, how much it costs to insure these bad boys and help you get the cheapest possible Ferrari insurance quote online through this page. 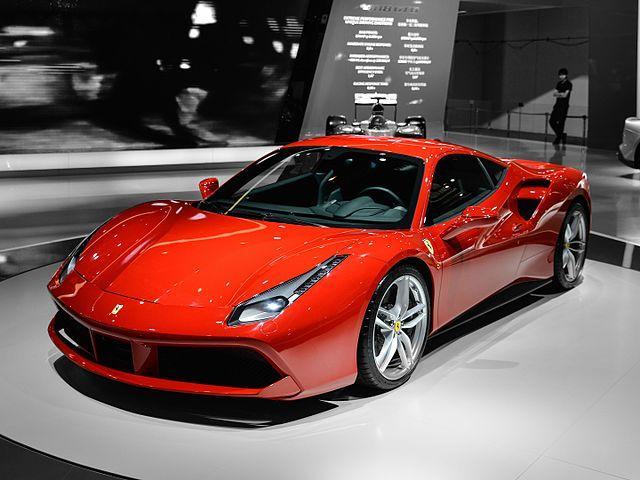 If you're going to purchase a quarter-million-dollar car, then you'll want to make sure that it's fully insured with one of the best insurance companies in the world. You'll also want to get a full coverage policy that includes coverage for the following:

Collision insurance is particularly important for your Ferrari because these cars are very expensive to fix. For example, if another driver hits you and is found to be at fault, then they might owe you $40,000 for the repair costs to your Ferrari.

What if their insurance only covers damage up to $25,000, though? This is where your collision coverage would step in and cover the difference. Without it, you could be left to foot the rest of the repair bill out of pocket. These types of scenarios are relatively common and this is one of the prime reasons why Ferrari insurance rates are so high.

What Insurance Group Is Ferrari Classified As?

Most people (and the automotive world) classify Ferraris as "supercars," and they are a class unto their own, separated from "regular" sports cars like Jaguars, American muscle cars, and the like. However, as far as the insurance company is concerned, your Ferrari is classified as a "sports car."

When you find an insurance company willing to give you an auto insurance policy for your Ferrari, it will be classified as a very expensive sports car, even if you drive a more luxurious model that others would consider being a luxury car.

How Much Does Insurance Cost For a Ferrari?

The cost of your Ferarri insurance will depend primarily on the value and cost of the model you own. For example, insuring a $2 million LaFerrari is going to be a lot more than insuring an older, used Ferrari F430.

Aside from the cost of the vehicle itself, though, your personal data will also come into play. For example, if you have a clean driving record and haven't been involved in any accidents, then you could get a great deal. On the other hand, if you've been involved in several accidents before (or any at-fault accidents), then your Ferrari car insurance cost will definitely increase.

Another factor that comes into play will be your age. It doesn't take an expert to know that a 20-year-old with a supercar is going to take more risks than somebody who's 50-years-old would. Until you hit the 25-30 range, car insurance companies are going to charge a heft premium for younger drivers.

So how much is car insurance for a Ferrari? let's take a look at the average costs for insuring some of the most famous and popular Ferraris ever made!

The F430 is a modern classic. It was engineered in the early-2000s and became an icon. It has a lowkey appearance by the Ferraris of today. However, its super-reliable engine and sporty, natural driving feel have made it popular among collectors. Ferrari F430 insurance cost is around $13,000 per year!

The Ferrari 488 is the 458's older, more powerful brother. It features more aggressive styling, a more powerful engine, and was made in a Pista (racing) version and a Spider (standard) version. So how much is it to insure a Ferrari 488? Well, Ferrari 488 insurance costs around $15,500 per year to insure!

The Ferrari California is the company's version of a touring vehicle and isn't quite as sporty as the other models. There's a lot more legroom and a larger trunk. So how much is insurance on a Ferrari California, you ask? Well, since it's not geared so much towards racing, its car insurance quotes are a good bit cheaper, costing "only" around $8,000 per year to insure.

This is a classic relic from the early-1960s and is a famous collector's item. In fact, the last Ferrari GTO sold was auctioned off for nearly $50 million. That being said, if you're looking to know Ferrari 250 GTO insurance cost, you would be looking at at least $10,000 per year, plus any additional fees the insurance providers wanted to charge for the mere fact that it's a high-value classic car.

The Portofino is Ferrari's latest grand-touring car, made in the image of the California. However, these cars are among the most expensive Ferraris to insure due to the fact that they spend more time on the road (as a touring car should). The average Ferrari Portofino insurance cost is around $24,000 per year!!

The Ferrari F12 is a beautiful model that shares a lot of stylistic similarities with the 812. This sports car costs around $12,500 per year to insure!

The Ferrari 812 Superfast is one of the few front-mid-engine cars developed by the manufacturer. It's one of the most expensive coupes in their lineup and insuring one costs an average of $18,000 per year!

I was a loyal GEICO customer for 15 years, with a pristine unblemished driving history and high coverage levels [and had never filed a previous claim].  I recently had a minor fender bender that was deemed by GEICO Claims to be '100% my fault.'   Shortly thereafter, I received a form follow-up letter from GEICO stating that, for that reason, GEICO would not pay for damage repairs to my vehicle.   A shocker to me.   Does an insurance policy with these terms really represent meaningful protection?  Thank G-d that it was a minor accident.  I now do business with a carrier that has my back.   BUYER BEWARE!   It was definitely an eye opener for me.   An elderly 86 y.o. male driver, with minimal situational awareness swerves abruptly into my lane, dragging his driver side panel against my front passenger side bumper.   No witnesses, other than this unintelligible elderly male driver, his wife and a police officer that showed up on the scene twenty minutes later to record statements.   The icing on the cake --- The 'final' verdict was rendered by Claims Adjuster #2, that contacted me several weeks after I was informed by Claims Adjuster #2, that the case was closed, and that the fault was clearly that of the elderly gentleman, and that they would be receiving no claims monies [Again, a complete absence of anything resembling 'no-fault coverage' on either side].